Crown Roast of Lamb is as regal and classy as you can get when it comes to roasts for special occasions. Lamb racks are shaped and tied together to resemble a crown, making for a very impressive presentation.
Jump to Recipe Print Recipe 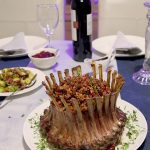 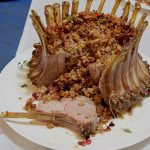 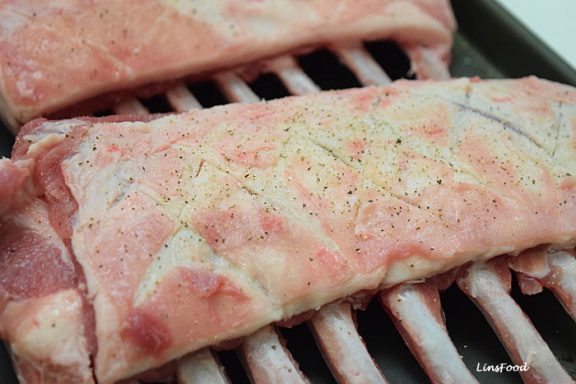 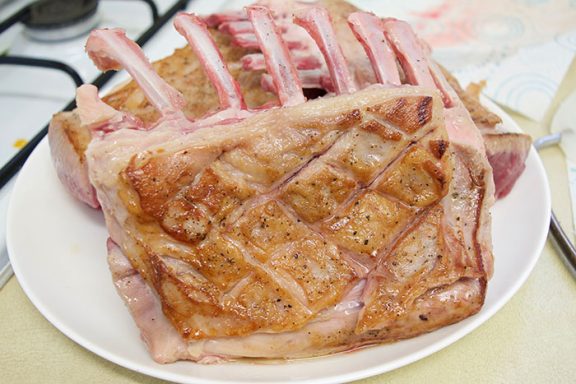 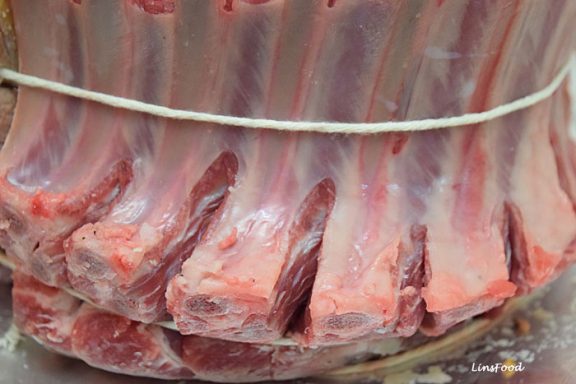 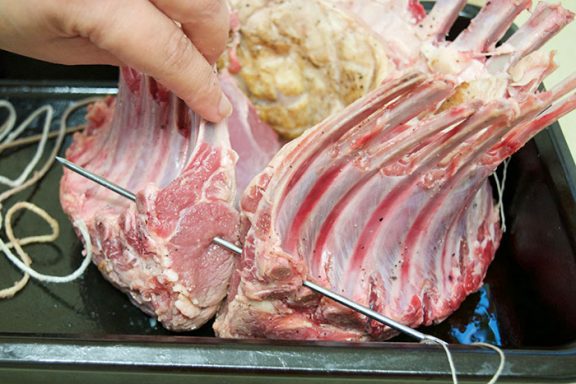 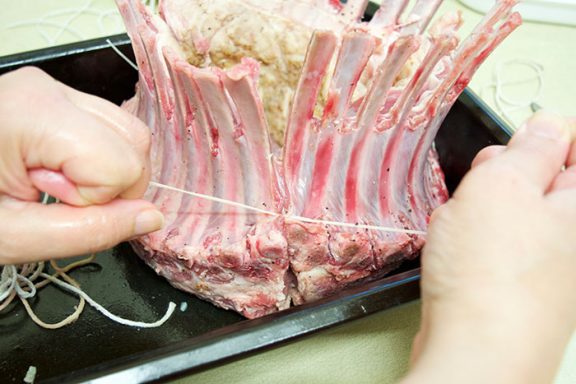 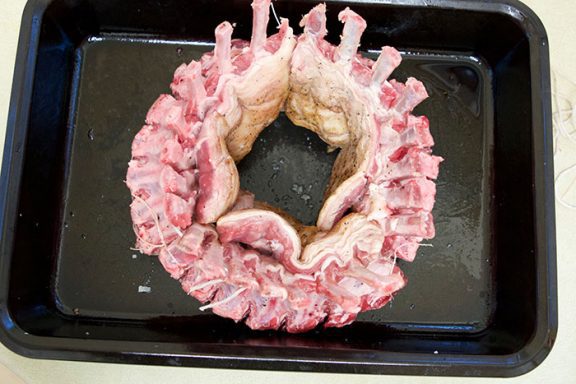 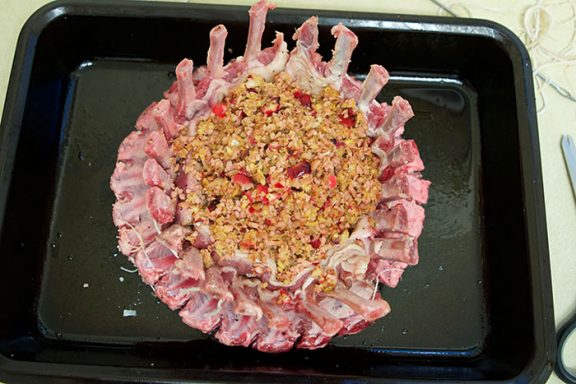 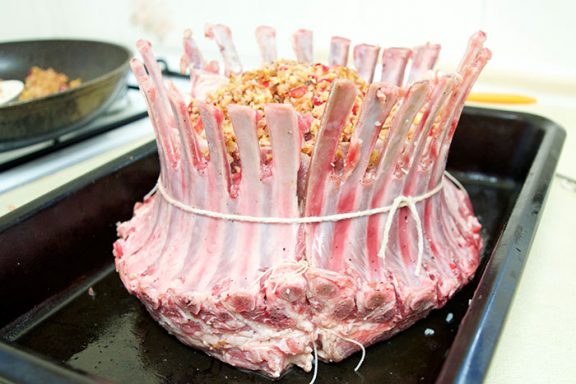 A string around if you don’t fancy sewing 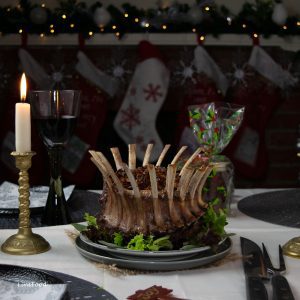 Crown Roast of Lamb is as regal and classy as you can get when it comes to roasts for special occasions. Lamb racks are shaped and tied together to resemble a crown, making for a very impressive presentation.
5 from 46 votes
Print Pin Add to Collection Go to Collections
Course: Main Course
Cuisine: British
Keyword: christmas, lamb
Prep Time: 35 minutes
Cook Time: 45 minutes
Total Time: 1 hour 20 minutes
Servings: 8 (Serves 6-8)
Calories: 371kcal
Author: Azlin Bloor