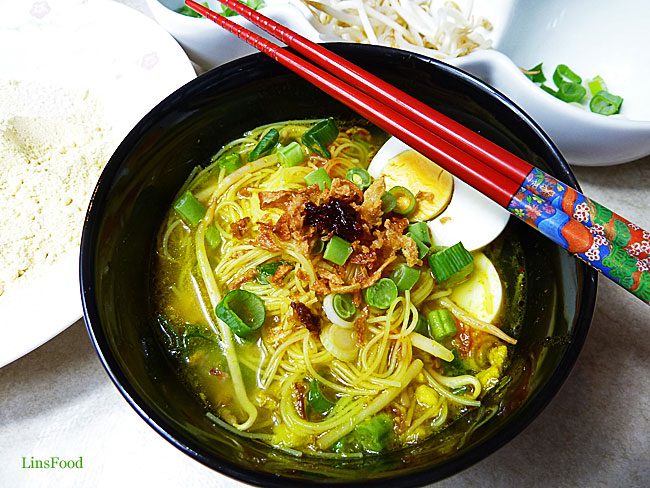 Scroll down for recipe and video tutorial.

Burma or Myanmar, mysterious and much maligned, the latter, sadly, deservedly so for the various atrocities carried out by its military leaders. Despite coming out of the cold and having an elected president in the form of President Thein Sein, the troubles don’t look like they’ll be easing anytime soon.

BUT this is a food blog and food is what we shall talk about! First though, let me just say that Burma is almost like a lost paradise despite the violence and bloodshed. I was hooked and the country forever immortalised when as a child, I came across this quote “This is Burma and it is unlike any land you know about.” by Rudyard Kipling, Letters from the East (1898). 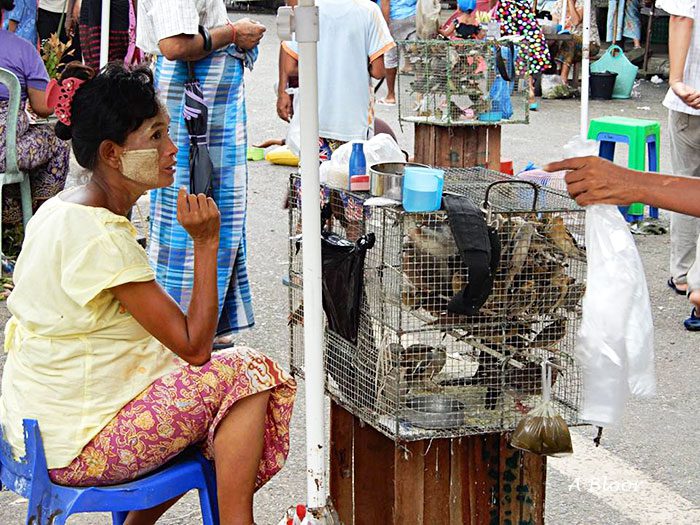 Because of its pariah state, it has been able to preserve so much of its tradition and beauty, it really is like stepping back a century. Women walk around with the traditional cosmetic paint of Thanaka made from thanaka tree, and almost everyone you see still wears traditional clothing, it really is an eye opening experience.

What do I love most about Burma? Its Buddhist temples and pagodas; it’s not known as Suvanabhomi, the Golden Land for nothing! Ancient, Intricate, Beautiful and so, so surreal! Take the Shwedagon Pagoda below, it’s in Yangon and is believed to have been built between the 6th and 10th centuries by the Mon people. It is said to contain relics of the four previous Buddhas including the staff of Kakusandha, the water filter of Koṇāgamana, a piece of the robe of Kassapa, and eight strands of hair from the head of Gautama. One can spend days, no weeks, just looking on at the wonder that is these temples. 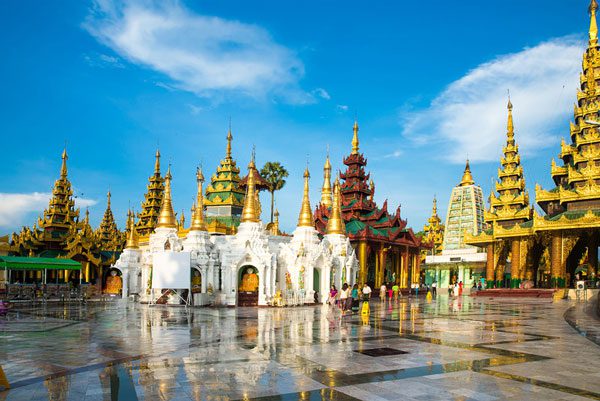 I suppose I’d better talk about the food, huh? Today’s recipe, Mohinga is considered to be the national dish of Burma, it literally means a soup snack and you know us East and South East Asians, we’ll eat noodles anytime of the day – breakfast, lunch, dinner or for no reason at all!

Don’t fret at the long list of ingredients, it is one of the easiest noodle soup recipes about, that includes the homemade fish stock and is open to a little interpretation. I have had many bowls of Mohinga and they differ from one part of Burma to another, with/without galangal, tamarind, lemongrass, etc. Naturally, this dish has regional differences.

Burmese food is an enigma to those unfamiliar with it. On the odd occasion that I run a Burmese cooking class, it fills up very quickly for 2 reasons:

Boy, are they in for a shock with the second! Because of its geography, Burmese food is a sui generis mix of Thai (South East Asian), Chinese and Indian flavours. Of course, the cuisine of Myanmar does vary from region to region, depending on both its proximity to its neighbours as well as the ethnic mix in the given area.

With its long coastline, the food of Southwest Myanmar features a lot of seafood. Much like in other South East Asian cuisines, fish sauce is a common ingredient, as is ngapi, a pungent fermented paste made from either fish or shrimp, the latter, very much like belacan in Singapore and Malaysia and kapi in Thailand.

Let’s think geography for a minute. Burma shares its borders with India and Bangladesh on the North West, China on the North and North East, Laos to the East and Thailand to the South and South East. It is then only natural that it should absorb the culinary nuances of these countries. A distinguishing feature of Burmese cuisine is the use of toasted chickpea (garbanzo, gram) flour as a topping almost indiscriminately on so many of its dishes, a very Indian influence. Take a look at Let Thok Sohn – Burmese Salad.

How to Cook Perfect Mohinga

Traditionally, catfish is used in this recipe. I can’t find it here and am happy to use seabass. In this recipe, the fish is cooked for quite a while, so much so that the fish is no longer an individual flavour at the end. This is the method I’ve given you here. When I cook for the family, I use two fish and keep half the flakes to be added right at the end to the soup and even, my favourite way, to serve as a topping when serving up.

Fresh or dried, just follow the instructions for the dried on how to soak them. Usually this involves soaking them for about 10 -15 minutes. I have also given quite a huge range in the amount because it does depend on how much you love your noodles!

Toasting the Chickpea and Rice Flours

Heat a frying pan up over low heat and toast the flours individually for about 5 minutes until they turn a little golden and give off a wonderful “baked” aroma.

Another traditional ingredient added right at the end. I omit this as it’s not something easily found in the West.

A staple in many Asian kitchens, Crispy Fried Shallots are extremely easy to make but are also easily found in tubs in Oriental stores and larger supermarkets. Thinly slice some shallots and fry in hot oil. To get the shallots really crispy, start with a high flame, reducing it halfway through cooking. I never use cooking thermometers, drop a slice of shallot in the hot oil, if it floats right up, you know the oil is hot enough. Will keep in clean jar in fridge for weeks. 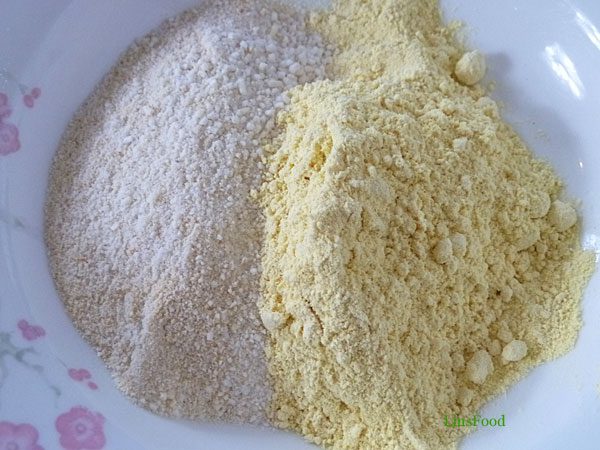