Ají Limo or the Lemon Drop pepper is native to Peru. In fact, the name “Limo” pays homage to the city of Lima, where the pepper is said to have originated.

It is a fairly hot little thing, measuring at anything from 40 000 – 60 000 Scoville units with a distinct fruity, citrus flavour. As a comparison, the humble jalapeño weighs in at an average of 5 000 units, although that can go up to 20 000.

Known in Peru as Kellu Uchu, ají limo also comes smoked. These lemon drop peppers go so well with just about anything, with their strong lemony flavour. I love using them raw in salsas and ceviches and do make them into a paste too, yellow, just like the ají amarillo paste, which is traditionally made with ají amarillo peppers.

Ají Limo peppers are fantastic with seafood, sprinkle some finely chopped ones over oysters next time you have them.

This is the first year I’m growing them (summer 2016) and they’ve proven to be very easy to grow, producing lots and lots of chillies. We’ve had an awful summer so far (in the UK) and I wonder whether the lack of sunshine has played a part in how long it’s taken the chillies to turn yellow. They start off a dark, lime green, and as you can see, mature to a bright yellow.

Do you grow them, or are thinking of growing them? I’d love to hear about your experience! 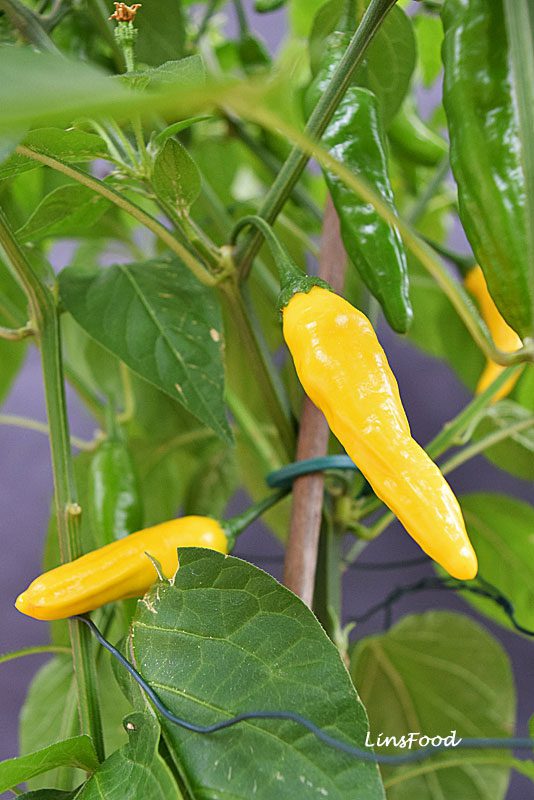