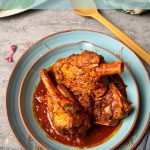 This is a fairly new page, and recipes will be coming in over the next few months, so bear with me as I fill it up. It came about when I started writing up Rogan Josh, a recipe I’ve been teaching for over 10 years.

As it was my first Kashmiri recipe on this blog, I had to delve into Kashmiri cuisine and a little history, as you know I like to do. However, I quickly realised that it was a much bigger undertaking than was viable on a single recipe post, and decided that I had to create a page just for Kashmiri Cuisine. So here we are.

Single and Living in London

I spent over a year learning the Kashmiri culture and cuisine from a family in West London. It all started with me frequenting this corner shop, run by Mr Ghulam. Occasionally, his wife, whom I only ever addressed as Mrs Ghulam, would be there too.

I think I’ve said this before in an earlier post: when you are a young, single girl in London, living on your own, everybody wants to adopt you! Especially when you have the sort of complexion that can pass for any number of cultures.

The Italians think I’m Italian (see my Affogato post), the Middle Easterners think I’m one of them, including the Israelis (see my Gefilte post), and the Spaniards, and don’t get me started on the south Asians!

So anyway, one thing led to another, I became friends with the older kids who were a few years younger, and I soon found myself at their place almost every Sunday, for dinner.

This was the start of my Kashmiri education. And my taste of a real rogan josh.

One day, I suggested that Mrs Ghulam, who was a former English teacher, should think about conducting cooking classes. It took about 2 months for all of us to work on her before she finally capitulated.

We started with 4 students, once a fortnight. By the time we finished, well over a year later, she was doing it weekly, and had a waiting list. It also got to the stage where her oldest, Shirin, and I started conducting half the classes together. So in that time alone, I lost count of how many times I cooked rogan josh, and countless other Kashmiri dishes.

One of my biggest regrets to this day, is that I missed Shirin’s wedding in Kashmir in autumn 1997. They’d promised me a Royal Wazwan, and I was all set, with tickets booked and outfits purchased. Then, I got a devastating call from Singapore about a loss in the family. So that was that.

Fast forward a few years, sometime in 2013, I put out an ad for someone to cook Indian food in the cooking school that I ran from home. I had so many applications, but settled on this one lady whose husband worked for the local JP Morgan. And the reason I chose her – you guessed it – she was from Kashmir! And the best part, she was a Kashmiri Pandit, my earlier education was by a Kashmiri Muslim. Colour me lucky!

Sadly, Lalita only taught us for 6 months, as her husband’s posting ended soon, and they moved to Canada for his next job. But that was more than enough time for me to learn, learn and learn!

Unbelievably, despite teaching Kashmiri recipes in my classes all these years, this is the first time I’m blogging about it, and only after many complaints from readers over the years!

I had a lot of fun writing and researching this article for the simple reason that I love history. And the history of the Indian subcontinent, both ancient and modern, was something I studied and enjoyed at A levels (11th/12th grade). Consequently, it took me weeks to write up this page and the rogan josh recipe post! Because I kept unearthing more and more history and culture, that it became a challenge when deciding what to include and what to leave on the kitchen floor, so to speak. 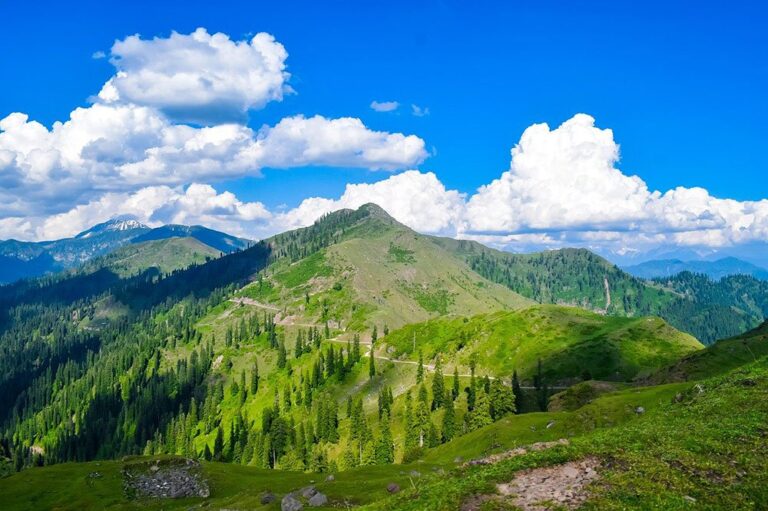 To give you an idea on the grand scale, it’s kind of in India. And Pakistan. And China. Sort of. Specifically, Kashmir is a region in the northern most part of India and it covers areas that are under Indian, Pakistani and Chinese rule.

In the past, the term Kashmir specifically meant the Kashmir valley. There are a couple of local legends explaining its creation; the most common one is that of the lake being drained by a sage, Kashyap, and the resulting valley named after him.

There isn’t a single, homogenous Kashmiri cuisine. While there are many differences from area to area, family to family and naturally, chef to chef, you can broadly divide it into Kashmiri Muslim and Kashmiri Pandit cuisines.

The Kashmiri Muslims are heavy meat eaters, while the Pandits, while still being meat eaters, do enjoy their vegetarian dishes too.

Another difference in the two, is that traditionally, the Muslims would use shallots and ginger, which the Pandits abstained. They would instead use asafoetida, which didn’t really factor in the Muslims’ cooking.

As mentioned above, Kashmiri cuisine has been influenced by many things. One of these was the invasion of India by Tamarlane in the late 14th century. Tamarlane, also known as Timur, was from what is now known as Uzbekistan. He was also the great-great-great grandfather of Babur, the founder of the Mughal Empire.

With this invasion, hundreds of artisans fled to the valley of Kashmir, and this group included architects, weavers, woodcarvers, and, luckily for us, cooks. It is the descendants of these cooks that went on to be the chefs of Kashmir or the Waze (singular: waza).

This invasion is conventionally thought to be the beginning of modern Kashmiri Cuisine.

They came from all over, mainly from the South of India. So that would explain Tamil being one of the four official languages in Singapore and Malaysia today. However, they also came from Bengal, Gujarat, Punjab and Sri Lanka.

So the Indian recipes of Singapore and Malaysia are very heavy on south Indian recipes. This would explain my vast knowledge and experience of south Indian foods. Thosais (dosas) with my friends was one of my favourite breakfasts in my early 20s.

However, that’s not to say that we don’t have a sizeable north Indian and Pakistani food culture.

The Powers that ruled "Modern" Kashmir

Over time, Kashmiri cuisine was further influenced by the countries and regions surrounding it and the powers that ruled it; the Mughal influence being the greatest of this.

This is a quotation that has been mistakenly attributed to Emperor Jahangir Khan, as he supposedly waxed lyrical about Kashmir. The words fit like a glove, and it really doesn’t matter, if the words were written by Hazrat Amir Khusrau for Delhi!

One thing was certain though, Emperor Jahangir was fond of Kashmir and spent many a summer there. His tastes would have undoubtedly, swayed the waze serving him, hence the huge Mughal influence on Kashmiri cuisine.

What is the Kashmiri Wazwan?

The wazwan is a multi course meal unlike anything you’ve ever come across! Dish after dish after dish, and mainly of meat, but served and flavoured differently.

The grandest of these will be the Royal Wazwan that is made up of 36 courses! Can you imagine that – not just the splendour, but actually eating all those dishes, most of which will be of lamb?

Over the years, I’ve heard countless stories of the Royal Wazwan, and have always wanted to experience one; who doesn’t? But the most number of dishes I’ve ever had in a wazwan was 24, at a wedding in West London, and that was an incredible experience in its own right. If truth be told, I’d probably struggle with the full shebang!

What does Wazwan mean?

Waz means cook or to cook, and wan means shop. So translated, wazwan means cooking shop. It probably refers to the chef setting up shop (or a temporary restaurant, so to speak) for over 24 hours, while catering to the occasion. Suffice it to say, the actual wazwan, whether it only has 12 courses, or 24, or the Royal 36, is a magnificent, opulent feast, a ceremony that has many parts to it.

However, in 2017, the Kashmiri government passed a law to cut down on the food wastage that is common in large wazwans. Since 2017, only 7 meat dishes and 7 vegetarian dishes are allowed at any celebration.

During a wazwan, you’ll find the guests seated on the flour, with condiments like chutney and yoghurt laid out for groups of 4. The food was served in courses on a large thali or trami (for the Muslim wazwan) that were filled with rice and 4 different dishes. These are large trays.

However, before the food arrived, someone will go around to all the diners with a jug and basin called tash-t-nari. This was to allow everyone to wash his or her hands before eating, because the food was eaten with one’s right hand.

This particular ritual, the hand washing, the food coming out in trays and the sitting on the floor, is something that I remember very well from my childhood. So perhaps a practice found in a few cultures, not just Kashmiri.

The Kashmiri Wazwan came about as a means of not wasting any part of an animal. So dishes were created to use the various parts, for example, the tail was used for aab gosh and even the organs had their place, like methi maz, which originally would have been made with mainly the intestines!

I’ve been told by a couple of people that the Kashmiri Pandits’ version of Wazwan is called Saal. However, most people I’ve spoken to, Kashmiri and otherwise, are not familiar with this term. And I haven’t been able to find anything online about this either. So if any of you reading this can clarify this either way, I would appreciate it.

The Kashmir valley is also well known for its breads; there are over a dozen different types being sold and consumed daily. You can’t go far without encountering a kandur (or kandaar). Here are some examples which all have variations around India, as well as the surrounding countries like Pakistan and Afghanistan:

Along this journey, we’ll also look at some Kashmiri drinks and perhaps, some street food too.

And there you have it, a little background on all things Kashmiri. If there is anything I’ve left out, or got wrong, feel free to leave me a message in the comments below. And now, let’s get on with the recipes which will come in over time. Starting with a British favourite, Rogan Josh. 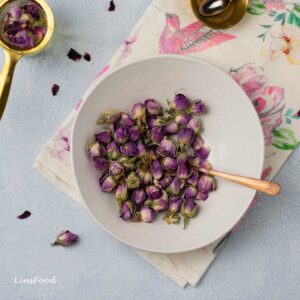 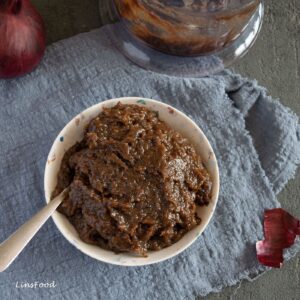 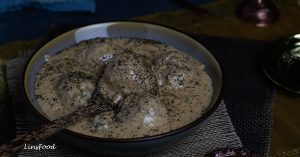 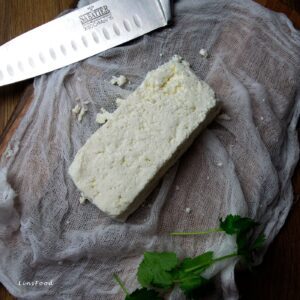 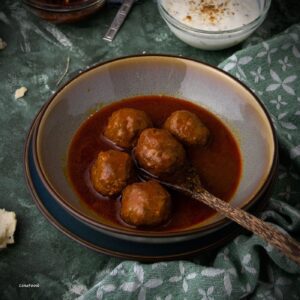 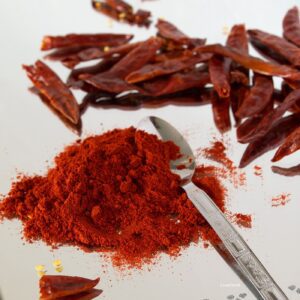 What is Kashmiri Chilli? (Essential Ingredient in the South Asian Kitchen)