Msemen is a fairly flaky, square shaped crispy Moroccan pancake (Rghaif) or flatbread that’s made from a combination of plain wheat flour and semolina. It is eaten for breakfast and also in the evenings with Moroccan Mint Tea (or coffee), and as you’ll see in a bit, can be eaten in so many different ways.

But before we go any further, let’s learn to pronounce it first, shall we?

Now that we’ve got that out of the way, let’s take a look at a few interesting tidbits on this much loved pancake found not only in Morocco, but also in the other Maghreb countries.

Before we left to travel in summer last year, my kids and I had got into the habit of making some sort of flatbread every weekend, they love cooking and trying out new things, more so now after 4 months of travelling and visiting/living in 6 countries.

These North African flatbreads are some of their favourites because they’re meant to be eaten with honey! For a kid, it doesn’t really get any better than that, I suppose.

Taste is very personal, you always hear me say. So for starters, the amount of semolina used is a matter of preference. I use only a small amount, for just a little bit of bite and texture, but feel free to play around with the ratio after the first time. In fact, I know many Moroccans who don’t use semolina in the dough at all, just for the sprinkling.

Msemen is best eaten hot or warm. It’s slightly flaky when warm but chewy when cold. To warm up, just pop it back in a pan or griddle with a little oil for a minute on each side.

Butter and semolina between the layers help keep the layers distinct, much like in a croissant. The butter is optional, I don’t always use it but the semolina is a must, it adds a lovely texture.

The more oil you use when cooking, the fluffier the msemen because it rises during cooking. Less oil gives a stiffer bread/pancake. We’re talking 2 tbsp compared to say just 2 tsp.

♥ And if you like the recipe, don’t forget to leave me a comment and that all important, 5-star rating! 😉 Shukran ♥

Msemen is a fairly flaky, crispy Moroccan pancake (Rghaif) or flatbread that’s made from a combination of plain wheat flour and semolina.

For rolling and cooking

Mixing and resting the dough 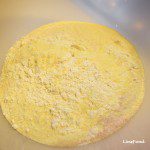 All the dry ingredients 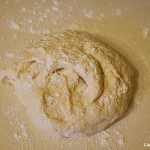 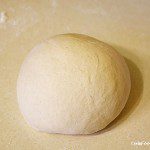 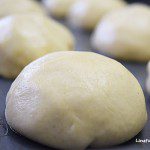 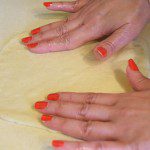 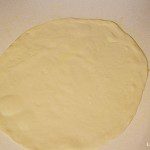 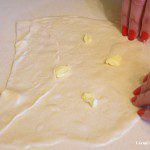 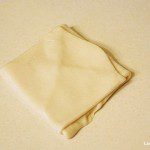 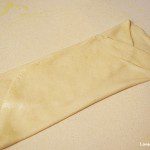 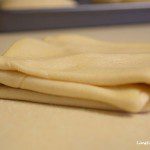 Close up of folds 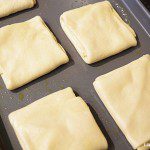 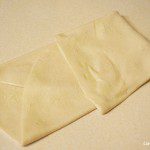 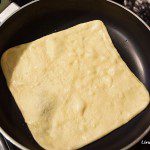 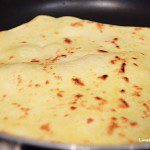 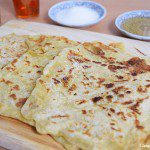