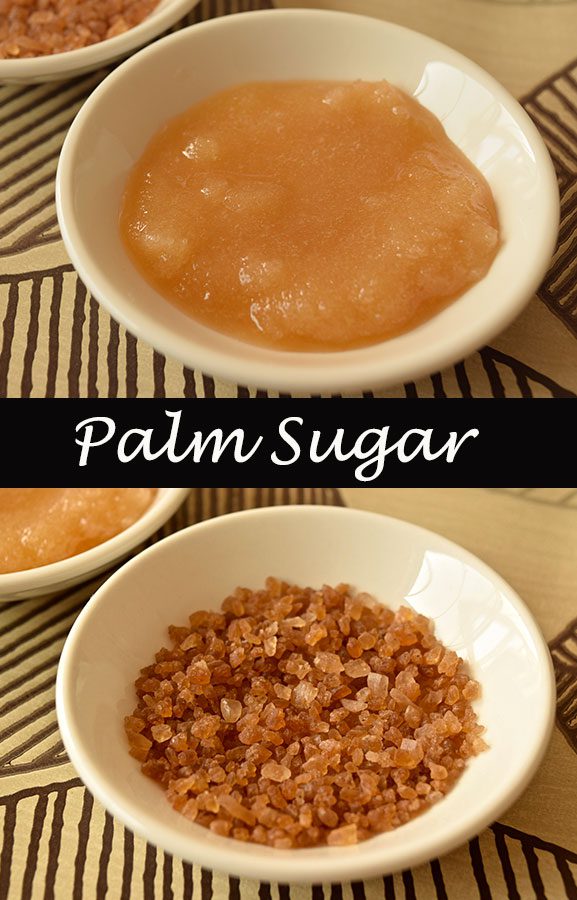 Palm sugar is brown in colour and comes from the sap of the flowers of palm trees. The sap is boiled to remove as much moisture as possible to produce a thick, sticky syrup, which is further reduced to a more concentrated state. Palm sugar is sold in many forms: as sugar crystals (granules), in blocks, and in thick liquid form.

It is unrefined sugar and has a delicious toffee like, almost caramelised flavour, with hints of coconut.

Palm sugar has various names, depending on the country it’s sold in. Growing up in Singapore, it was always gula melaka to me, nothing to do with the state of Malacca, although Wiki claims it might have originated there, but I don’t know about that! We also occasionally called it gula merah (gula = sugar, merah = red).

Gula Melaka, as you can see from the image, is a much darker type of palm sugar and is also quite often, a product of the coconut palm. Consequently, its flavour and scent is more concentrated than the Indian and Thai palm variety.

It is known by various names in the countries it’s used in. Some egs:

India – Jaggery (although jaggery can also be unrefined cane sugar)

Many people suggest using molasses as a substitute, but I personally think that molasses are far too strong in flavour for the subtlety of palm sugar. Light brown soft sugar is a better bet but the ordinary white sugar will do the job perfectly when used in savoury recipes.

Palm sugar is used as extensively in both sweet and savoury recipes. So many of my favourite childhood sweet puddings were made with it. On LinsFood, you’ll find palm sugar used in many, many savoury Thai and Vietnamese recipes: 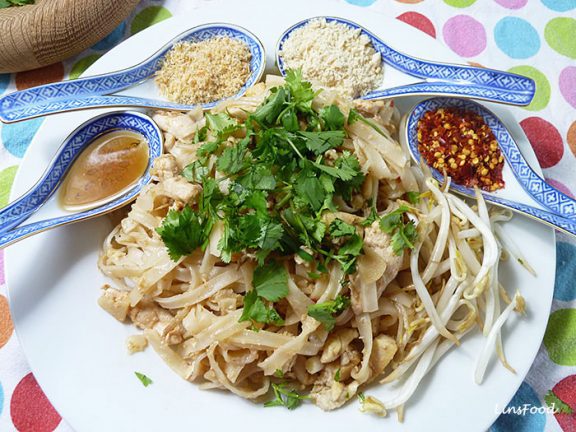 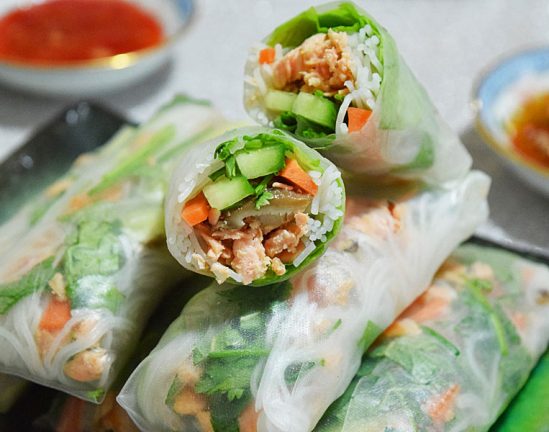