MENUMENU
Huacatay, also commonly known in English as Peruvian black mint, is a herb with minty, aniseed and citrusy aromas, and very popular not just in Peru but many parts of South America.
Jump to Usage Instructions Print Instructions 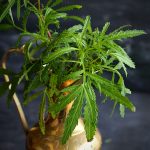 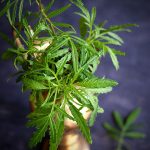 Huacatay, also commonly known in English as Peruvian black mint, is a herb with minty, aniseed and citrusy aromas, and very popular not just in Peru but many parts of South America.

Let’s deal with the pronunciation first, shall we? This is how you pronounce Huacatay:

Huacatay is a herbaceous plant, and can grow to around a metre tall. It is in fact, part of the marigold family; you can see that its leaves do look similar to that of common marigold flower plants.

Tagetes minuta in Latin, the Peruvian black mint is a herb by many many names, depending on where you are. Huacatay comes from Quechua, an indigenous language group found in the Peruvian Andes.

Spanish colonisation means that over the years, the Peruvian black mint has been naturalised in many parts of the world, as far away as Asia and Australia.

Huacatay is also known as:

As mentioned above, it is pretty minty, but with a strong basil aroma that you just can’t miss. There is also a hint of citrus there. This is what I can smell and taste so far. I’ll be using huacatay a lot over the next few months, so will add to this if I discern anything else.

Some people say there is also a hint of tarragon in it. I’ll have to get tarragon and compare!

This is the first year I’m growing black Peruvian mint. I came across it in the James Wong collection online. James is an English ethnobotanist, science writer and broadcaster.

James describes the Peruvian black mint as being a close cousin of fresh coriander (cilantro) in terms of aroma and flavour. I’m not getting that, no matter how hard I sniff, but everyone’s perception is different.

Coriander’s vegetal or herbal nose is very strong, something that you hardly get with huacatay (to my nose), which gives off a sharper, minty scent. But hey, I’ll keep at it and get back to you in a couple of months!

How to use Peruvian Black Mint?

Huacatay has different uses, depending on the region you are in. But it is commonly used in:

Where to find Black Peruvian Mint?

The only thing I can suggest is to do a search online. Here in the UK, I doubt very much if you’ll be able to buy it fresh, but you will be able to buy the seeds online pretty easily. Which is what I did.

If you are in the UK, shoot me a line, and I’ll post you some, as long as we are in summer-autumn.

I hope you enjoyed reading up on this delightful herb. Have you come across Huacatay before?

Feel free to leave me a comment and let me know what you think, and also with any added information that I might have left out.

More on the Edible Garden Page