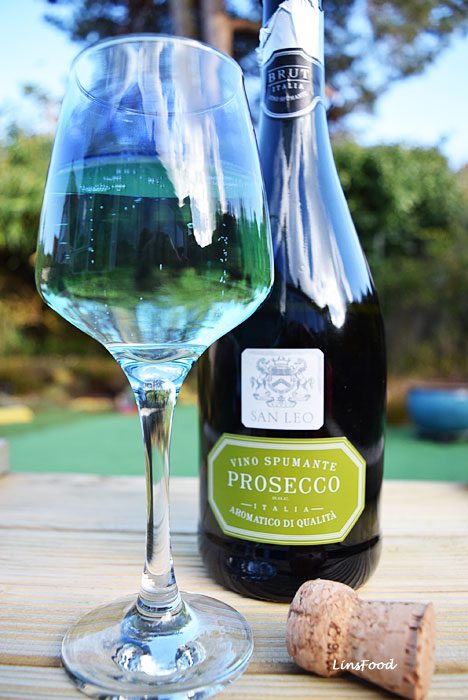 Everywhere I turn, someone is gushing over Prosecco. Wait! Et tu? If truth be told, despite countless tastes (wink, wink), I have yet to be convinced that the all the fuss is worth the bother. Huh, did that line make sense? I’m sure you get my meaning anyway, and no, although I do have a glass of prosecco right here with me, I’ve only had a sip so far!

PS: let me explain the choice of glass, for all you purists. Because it was a birthday present from my kids and because I could!

Prosecco San Leo NV is what I’m having right now. I bought a bottle a week or so ago to take to a friend’s who happens to love the thing and at the very last minute, decided to take the Rosé that I’d also bought from Ocado. I don’t know what prompted that last minute change of plans that I went on to regret because the drink of the evening was prosecco, more prosecco and then, more prosecco! Short story, I didn’t get to taste the rosé!

So, about the Prosecco San Leo, in layman’s term, it’s pretty drinkable. To my layman’s palate, it has a lovely balance, not too dry (which I’m not a fan of), with just a hint of sweet (I am eminently fond of sweet drinks!). Slightly fruity nose, with hints of apples and sometimes, melon.

Verdict: a nice enough sparkly if you are a fan of proseccos. I imagine this would be perfect on long, balmy British summers, with salads, fish, pasta, meat and even strawberries! Especially at the lower price. 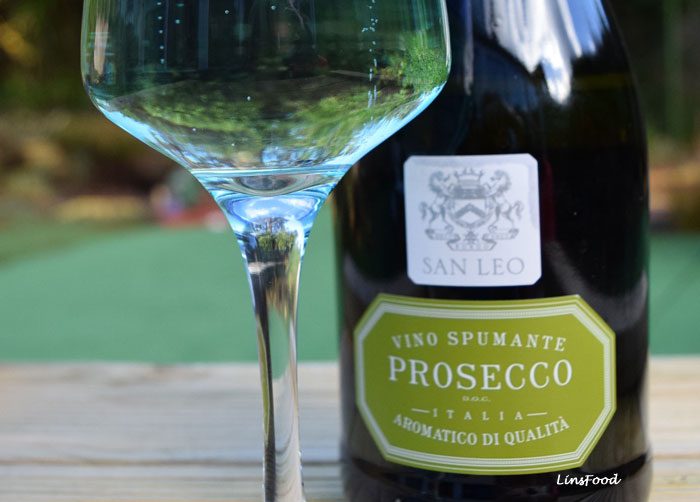