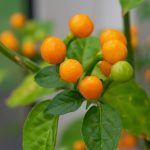 I’ve published quite a few chilli related posts over the years here on LinsFood, both on types of chillies as well as recipes for chilli pastes and sauces.

So I thought that it might be a good idea to bring it all together into some sort of cohesive form, like the Risotto Masterclass, Tagine Masterclass and Kashmiri Cuisine on this site. Because I like order.

Now I already have a dedicated Chilli Page here that contains the articles mentioned above. But I thought it was time to get down to basics, so what better way to start, then to address this most common question I get asked all the time on social media.

How do you Spell Chilli?

Do you spell it as chilli, chili or chile?

The short answer is, all of the above!

Basically, it all boils down to the language and the region behind the spelling.

All the variant spellings of chilli, is the Romanisation of the original Nahuatl chīlli.

On the chilli posts on this site, you’ll find me using chilli as standard but occasionally, slipping in chili or chili peppers, as my American audience has grown over the years. These days, I have as many American readers as I do British.

This is the spelling used in the UK, some parts of Europe and former Commonwealth countries, where the Queen’s English (British English) was/is spoken.

So we’re talking countries like Australia, Singapore, Malaysia and India, amongst others. I was born in Singapore, and while I grew up on a diet of American television, the English we learnt was, and still is, British, hence my spelling habits!

In fact, on a side note, Singaporean students still sit for Cambridge “O” & “A” level exams, a totally British qualification.

The plural of chilli is chillies.

The Oxford dictionary lists chili and chile as variant spellings, because those two are used commonly elsewhere, but they are not how we spell it here when using British English. Or is that English English?

This is the American spelling. You know, like we spell colour, you spell color. We say courgette, you say zucchini – that kind of thing.

Chili is the spelling for this fruit in many parts of the US and Canada, although chili pepper is how it’s commonly called.

This is rather handy because the word chili itself is the generally accepted shortened name for chili con carne (chilli with meat). And green chili refers to the green version of this. See below:

This is essentially the Spanish spelling for the fruit, and is commonly used in Mexico, South America and the Spanish speaking areas/communities in the US and Canada.

The plural is chiles.

Interestingly, the word chile also refers to a particular local hot sauce in New Mexico and its immediate area.

The meat dish (chili con carne) is referred to as chili in these parts! Just to keep you on your toes!

So now you know. There may be the odd other difference that I haven’t mentioned. By all means, let me know with a comment below.

I hope you enjoyed that. Look out for the next episode in this series, when we’ll talk about the Scoville Scale, and briefly touch on varieties of chilli.

2 thoughts on “How do you Spell Chilli? (Or is that Chili? Or Chile?)”