Skip to content
Deliciously crumbly, traditional Norfolk Shortcake recipe, originally from Bacton, via Leicester and handed down to me by my father-in-law.
Jump to Recipe Print Recipe 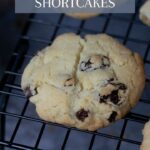 Norfolk shortcakes are deliciously crumbly biscuits filled with dried fruit and perfect with your next cup of tea. Or coffee!

What are Norfolk Shortcakes?

Well, for one thing, they’re a true Norfolk legend. One can’t visit this south eastern county without indulging in these old, popular treat.

To me, Norfolk shortcakes are a cross between rock buns and shortbread. But that’s based on the ones I make, eggless, and needing only 5 ingredients.

Every Norfolk grandmother is going to have her own recipe for this traditional shortcakes. With egg, without egg, with self raising flour, or regular, the list goes on. So mine might be crumbly, others may be flaky.🤷‍♀️

No one really knows how they came about. Some say that Norfolk shortcakes were originally made with leftover pastry which was re worked with lard, sugar and dried fruit.

Then there is the theory that they are in fact a wartime legacy, via Mrs Beeton’s recipe for rock buns or rock cakes as they are also called. With the strict rationing that follows any war, this theory does seem rather likely, given how few ingredients are needed to make Norfolk Shortcakes.

The basic ingredients do look pretty similar, as you can see, from my very old copy of Mrs Beeton’s book.

By the by, Norfolk is a county on the south eastern coast of England, with stunning coastlines and home to some amazing prehistorical finds. Like UK’s biggest mammoth skeleton remains. You can read more here.

The Norfolk shortcakes recipe I make has been handed down from my father-in-law. He was born and raised in Leicester but does have ties to Norfolk if you go back a few generations. I can’t remember exactly what those ties are, and of course he’s away for the week as I’m writing this article! I shall pester him soon for the details, when he’s rested after his mini holiday in London! The man is 85, after all.

So apparently, when his dad retired sometime in the 40s, they moved down to Norfolk. This only lasted for about 6 – 7 years before they all moved back to Leicester. But he still has many fond memories of his childhood there.

So the recipe. It’s been in the family since the 1950s or 60s and was something his sister, Bobbi made all the time. The recipe was given to her by their neighbour who’d moved from Bacton, a seaside village in Norfolk, where my FIL lived for a few years. So this is an authentic Norfolk shortcake recipe.

This Norfolk shortcake recipe is a very, very easy recipe to make. In fact, my 16 year old has been in charge of making it for a while now. We’ve kept to the recipe, exactly as it is, because as you’ll see in the recipe card below, those numbers are so easy to remember!

What we have changed though is the presentation. We’ve baked them in a dish (like baklava), cut them with cookie cutters and also just made little balls with them. The last one is our favourite way of making Norfolk shortcakes, and that’s the method I’ve given here. Super simple.

They really are the easiest thing in the world. This is what we’ll be doing:

We only need 4 ingredients, so nothing to really talk about here.

That’s all there is to it.

A quick note: the original recipe has the ingredients in oz, and as you can see, is so easy to remember. It’s 8, 4, 4, 4 oz. I’ve written these down too and have also given the ingredients in metric form, because all the recipes on this site use metric measurements.

How long will they Last?

Allow your Norfolk shortcakes to cool to room temperature. Then store them in an airtight container and they will last for 5 days.

They can also be frozen. Leave them to thaw for 2 hours, then reheat at a low temperature (140ºC/60ºF) for 5 – 10 minutes. Check on them after 5. I usually don’t bother reheating them, just leave them to defrost for 6 hours.

If you enjoy the recipe, drop me a comment and let me know. And if you are feeling like a star, don’t forget that 5-star rating!😉

Easy Eggless Butter Cookies
Quick and easy, melt in the mouth butter cookies recipe that I used to make as a kid in my granny's kitchen.
Check out this recipe

Moroccan Almond Cookies (Ghriba)
These Moroccan almond cookies are deliciously crumbly and perfect served with traditional mint tea or whatever beverage you fancy.
Check out this recipe 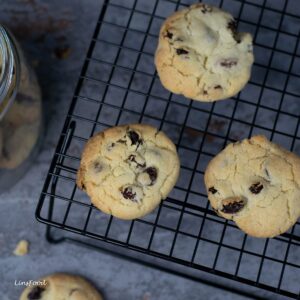 I find that the first batch takes 15 minutes, the second only needs 13. As every oven is different, check at the 12 minute mark. If yours are flatter, they’ll bake quicker. Next time we make them, I’ll take photos, promise!