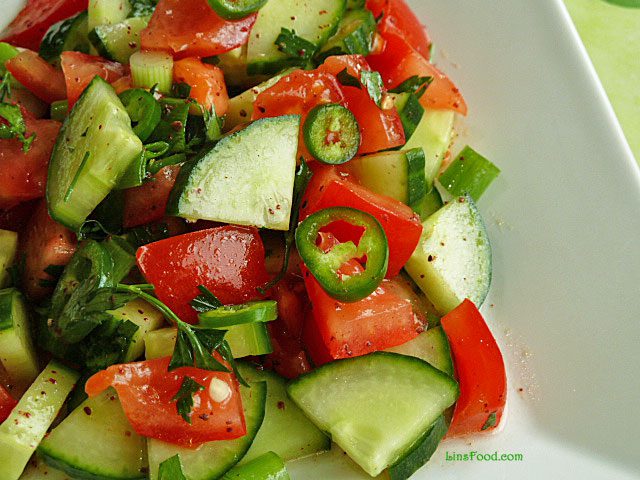 A classic Turkish salad, found everywhere in Turkey, especially popular in the summertime. Simplicity itself but oh, so refreshing on a hot day! I’ve eaten this so many times in Turkey – at restaurants, cafes, friend’s house, aunts’ houses – and more often than not, it is served in its basic form, cucumbers, onions and tomatoes. However, I’ve also been served it with crumbled feta, lettuce and/or toasted pitta, the latter resembling Fattoush, of course.

Here is how I make it more often than not. Chopping the cucumbers and tomatoes to roughly the same size makes for a prettier salad.