MENUMENU
D.O.M. Bénédictine, a review and how to use it. An aromatic drink with a romantic and mysterious past that makes great cocktails!
Jump to Recipe Print Recipe 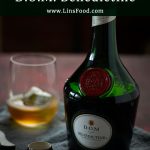 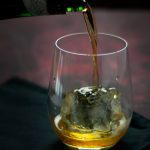 D.O.M. Bénédictine is a drink with a romantic and mysterious past with history that includes an old Bénédictine monk, The Philosopher’s Stone, a French king, the French revolution and a catastrophic fire that would have defeated all but the most resilient. Very much the proverbial Phoenix.

The original recipe for D.O.M. Bénédictine was created in 1510, in the Abbey of Fécamp, by an old Bénédictine monk, Dom Bernardo Vincelli, a scholar and an alchemist, and was consumed as a tonic and a medicinal elixir.

It quickly became known in the region as a drink of outstanding taste, and even François I of France (1515-1547) was reputed to have been a huge fan, claiming it to be the best drink he’d ever tasted.

This elixir enjoyed a huge popularity for almost three hundred years but disappeared during the French Revolution when the abbey was destroyed.

But all good stories need a hero, right?

So, along comes Alexandre Le Grand, a wine merchant. One day, as he was going through old documents in his family’s treasure of a library, he came across an aged manuscript for the study of hermeticism and alchemy that inevitably included the search for the elusive and legendary Philosopher’s Stone, the desideratum for almost every alchemist of that time.

Within the pages of this invaluable manuscript, he came across the recipe for this once popular drink, and it took Monsieur Le Grand about a year to work through the language and another year or so to finally replicate the old recipe.

Wanting to pay homage to the drink’s origins, our wine merchant  obtained permission to use the name and the coat of arms of the Benedictine Abbey in Fécamp and called his liqueur BÉNÉDICTINE®.

He also retained the acronym D.O.M., which in Latin, stands for Deo Optimo Maximo (God infinitely good, infinitely great) and is also a reference to the Latin word Dominus (Master), given to Benedictine friars.

So, what of the drink itself, what is D.O.M. Benedictine, I hear you ask. Well, let’s start with the fact that D.O.M. Bénédictine is made up of a secret blend of 27 herbs and spices that includes saffron, cinnamon, angelica, hyssop, juniper and myrrh from five continents!

So secret that only a handful of people know the recipe, this select group includes the Master Herbalist and the Master Distiller.

D.O.M. Bénédictine weighs in at 40% abv (alcohol by volume), making it a very potent spirit, perhaps there is some truth in the stories that the old abbot’s ghost is seen from time to time at the distillery?!! Sorry, couldn’t resist that one!

Now, despite this high level of alcohol, it is remarkably smooth and quite sweet, with a decidedly herbal scent, quite reminiscent of a cough mixture at times!

Personally, I never drink it neat, finding its character a little too intimidating. It is one of the defining ingredients in the Singapore Sling (click for recipe) and I certainly think that its strength lies in its ability to quite transform but never dominate whatever cocktail you use it in.

If you do want to have it on its own, add some ice cubes to it and let it settle for a couple of minutes. I find that this releases its aromatic constituents, letting one appreciate its mysterious bouquet even more.

It goes rather splendidly with brandy, giving the simple but exquisite Benedictine and Brandy, B & B by Bénédictine, a proprietary blend since 1937. Ernest Hemingway was supposedly the first to mix the two.

Now, I definitely spy orange in there, so I think Cointreau or any other Triple Sec is the perfect companion for it; next time you have Cointreau and Orange (one of my favourite combinations), add a shot of D.O.M. Bénédictine and you’ll see how it enhances the blend, in fact I think anything citrus is the perfect balance to its sweetness.

Just remember, a little goes a long way; it’s robust and it’s sweet, a touch is all you need for it to enhance and not dictate the flavours.

One last thing before I leave you. If you find yourself in Normandy, a visit to the Palais Bénédictine is a must! Purpose built to house the D.O.M. Bénédictine distillery, as the original was burned down in 1892.

The replacement, completed in 1898, the year Alexander Le Grand died, is both splashy and ornate at the same time, with gothic and renaissance characteristics at play.

The tour is well worth the effort, especially if you appreciate history and beauty. There is a certain sense of surrealism as you are shown the old copper stills the drink is distilled in and as you continue on your tour, there is a definite sense of walking on hallowed grounds.

One word of advice, be sure to get the real thing, as with anything so well known, there are many fakes out there! In fact the palais displays hundreds of fake bottles that have been seized over the years, in a special “hall of shame”!

Incidentally, the world’s largest consumer of D.O.M. Bénédictine is a gentlemen’s club in Burnley, right here in the UK!

There you go folks, sally forth, grab a bottle, take a sip or cook up a cocktail! I’d love to hear what you make of it.

And this is how to enjoy it best, on its own!

♥ If you enjoyed the article, don’t forget to leave me a comment and that all important, 5-star rating! 😉 Merci! ♥

And if you buy it or use, share it on any platform and tag me @azlinbloor, and hashtag it #linsfood.

What is D.O.M. Bénédictine and How to Use It

D.O.M. Bénédictine, a review and how to use it. An aromatic drink with a romantic and mysterious past that makes great cocktails!
5 from 72 votes
Print Pin Add to Collection Go to Collections
Course: Drinks
Cuisine: French
Keyword: liqueur
Prep Time: 3 minutes
Total Time: 3 minutes
Servings: 1
Calories: 180kcal
Author: Azlin Bloor

This is just how to enjoy the full on flavour and aroma of D.O.M. Bénédictine, served on ice. For Bénédictine cocktails, click on the links below.