Skip to content
Grains of Paradise, are the seeds of Aframomum melegueta, a perennial plant native to West Africa.They are just a touch spicy, with quite a strong floral aroma as you bite into it, with traces of cloves and cardamom. Quite a complex pepper.
Jump to Recipe Print Recipe

Grains of Paradise, are the seeds of Aframomum melegueta, a perennial plant native to West Africa. The seeds are contained within small, longish pods that develop from trumpet shaped flowers.

What are Grains of Paradise?

Unlike black peppercorns, grains of paradise are just a touch spicy, so they make a great alternative if you have someone who can’t stand heat but wants flavour, like my mother in law! There is quite a strong floral aroma as you bite into it, with traces of clove and cardamom. Quite a complex pepper.

Some people say they can detect coconut, but for the life of me, I can’t. The glossy brown seeds have a pretty hard outer covering, and aren’t the easiest to grind in a mill, so I just tend to pound them with a pestle and mortar. As you can see in the image above, when pounded, they are a very light colour on the inside.

Grains of paradise have been used in African cooking for centuries, and apparently, in European cooking since around the 9th century. Wiki has a great write up on it, and rather than paraphrasing it, I shall quote an excerpt:

“Mentioned by Pliny as “African pepper” but subsequently forgotten in Europe, they were renamed “grains of paradise” and became a popular substitute for black pepper in Europe in the 14th and 15th centuries. The Ménagier de Paris recommends it for improving wine that “smells stale”. Through the Middle Ages and into the early modern period, the theory of the four humours governed theories about nourishment on the part of doctors, herbalists and druggists: in this context, John Russell characterized grains of paradise in The Boke of Nurture as hot and moist.

In 1469 King Afonso V of Portugal granted the monopoly of trade in the Gulf of Guinea to Lisbon merchant Fernão Gomes, including the exclusive trade of Aframomum melegueta, then called “malagueta” pepper – which was granted by 100,000 real-annually in exchange for exploring 100 miles of the coast of Africa a year for five years. After Christopher Columbus reached the New World in 1492 and brought the first samples of Capsicum frutescens, the name malagueta was then taken to the new chili “pepper”. Malagueta, thanks to its low price, remained popular in Europe even after the Portuguese opened the direct maritime route to the Spice Islands around 1500.”

You can use it in place of black pepper, as mentioned above.

It is also fantastic as a spice flavouring in stews, curries, tagines, salad dressing, homemade liqueurs, and a a marinade or rub. Endless possibilities.

When I’m making a nondescript curry, stew or tagine, I add anything from a quarter to a full teaspoon in, for a slightly different mix of aromas and flavour. By nondescript, I mean, the add this, add that sort of dish, no actual name or recipe attached to it. That’s not to say that I don’t add it to “proper” recipes like: 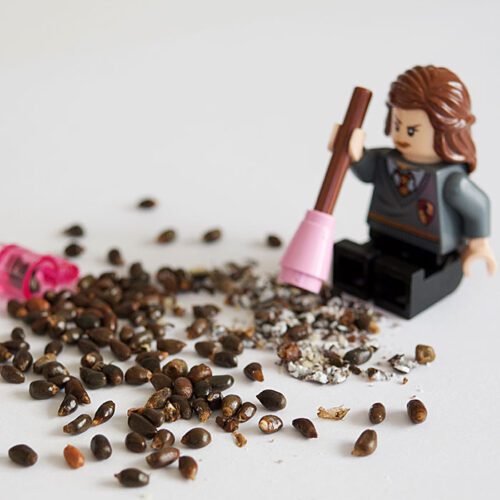 Grains of Paradise, are the seeds of Aframomum melegueta, a perennial plant native to West Africa.They are just a touch spicy, with quite a strong floral aroma as you bite into it, with traces of cloves and cardamom. Quite a complex pepper.
5 from 14 votes
Print Pin Add to Collection Go to Collections
Course: Ingredients
Cuisine: North African
Author: Azlin Bloor

10 thoughts on “Grains of Paradise (Melegueta Pepper from Africa)”